Who rules the world? Bankers and Zionists!

The facts are not complicated.

There are two powerful forces that determine the direction of history:

These two forces and groups do not always work together.

However, they both push for globalism and cultural Marxism for the masses.

They want to destroy the natural units of family, tribe, nation and race.

They want to create a world where a small elite rules the world.

And they have almost succeeded!

The elite is composed of two groups, elite Wasps and elite Jews.

Wasps are led by the Rockefellers and Jews by the Rothschilds.

It is they who have created the wars and depressions.

It has been good business – for them. 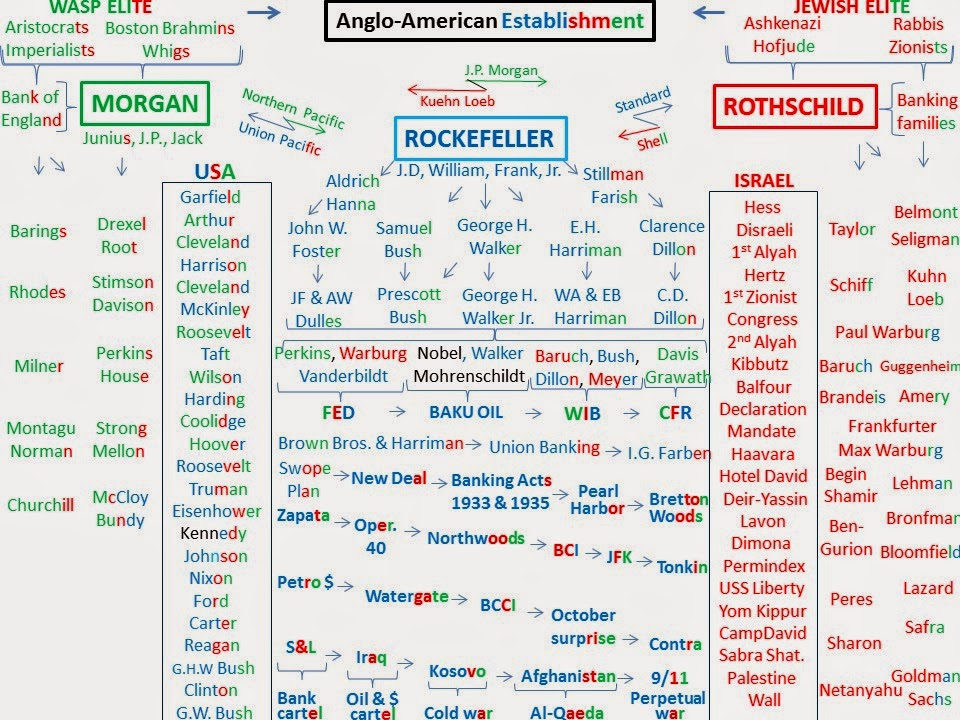 [One was already taken down by Youtube. Next will be published in Bitchute and embedded here.]

Excerpted Summary of Murray Rothbard’s History of the Ruling Elite

Charles Adams: For Good and Evil. The Impact of Taxes on the Course of Civilisation. Excerpted summary.

1 thought on “Who rules the world? Bankers and Zionists!”