Did Epstein and Maxwells bug the internet?

This is an 10.9.2019 addition to the Epstein Pedo Scandal Mossad Timeline.

2000 With the support of Jeffrey Epstein the whole Maxwell family again had money and respect.

It was not only Ghislaine but also her sisters and brothers who were again at the top of the world. 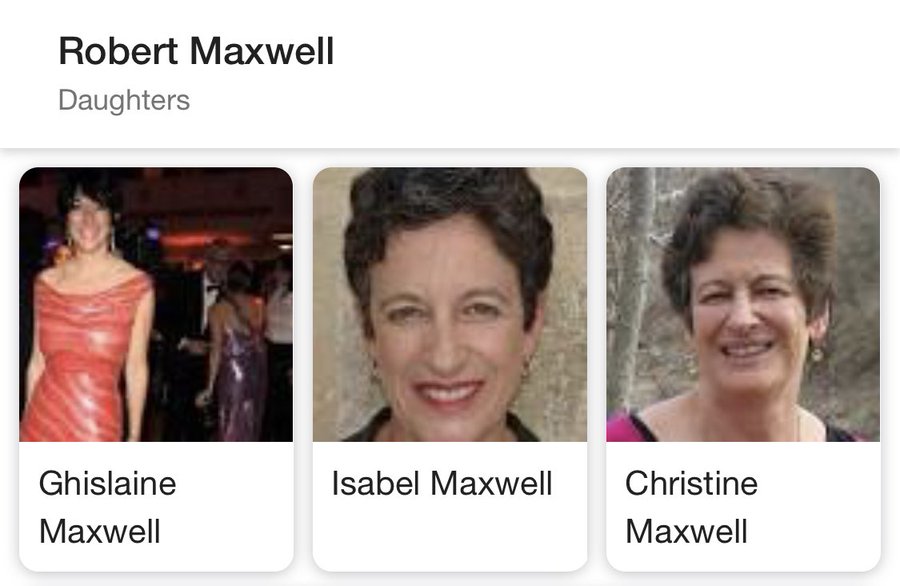 Christine Maxwell is married to Roger Malina(?) who is the son of Frank Malina(?), the leader of the famous Suicide Squad and the first director of the NASA Jet Propulsion Laboratory. These were the men who in 30s and 40s created and developed the American rocket program.

Some of them, like Jack Parsons(?) were members of occult sex cults and followers of Alistair Crawley.

Frank Malina was a communist. He worked under Theodore von Karman(J) who also was suspected of spying for the Soviet Union and Israel.

Frank Malina’s close friend Parsons was also a communist and would become one of the earliest consultants to Israeli rocket program.

Christine was the editor of his father’s Pergamon Press, the publisher of scientific literature. It was Pergamon and other Robert Maxwell’s information and software companies which already in the early 70’s were developing computer based information tools. They would later be adopted not only by big globalist companies but also by FBI and intelligence agencies. This would naturally present huge opportunities for Israeli spy programs.

[Christine Maxwell] went on to co-found Chiliad:[8] a software company involved in the advance of on-demand, massively scalable, intelligent mining of structured and unstructured data through the use of natural language search technologies. The firm’s software was behind the data search technology used by the FBI’s counterterrorism data warehouse.[9](Wikipedia)

Isabel Maxwell was even more fanatical Zionist than her sisters. She would become the Director of Israel Venture Network.

Her mother stated that while all of her children were brought up Anglican, Isabel was ”very taken by the Jewish faith and the politics in Israel.”[2] (Wikipedia)

Already in the 90s Isabel and her husband David Hayden(J) created one of the earliest search engines Magellan with the help of Christine and her husband.

Did Isabel and Christine together with Mossad help Sergey Brin(J) and Larry Page(J) develop and market the Google search engine?

From 1997 to 2001, Isabel Maxwell was the president of Commtouch, Inc., an Israeli-American e-mail messaging and security company. The company went public on NASDAQ in 1999.[7] In 2014, the company changed its name to CYREN.[8](Wikipedia)

Commtouch would later be integrated into Google gmail.

When one uses Google’s (NASDAQ:GOOG) Gmail, the email anti-virus is integrated with Commtouch Software Development Kit (SDK) – a set of software libraries which becomes integrated into Gmail software. (SeekingAlpha)

Isabel would divorce Hayden and marry Al Seckel the famous optical illusionist who had many connections to intelligence agencies.

Seckel would later partner with Edge foundation and Epstein to organise meetings with leading scientists on the pedophile island.

Later Seckel was exposed as a swindler and he died in the most mysterious circumstances. Many believe he faked his own death.

It would seem that one of the reasons why Epstein was able to get so close to so many leading scientists and internet billionaires was the Maxwell family, especially Christine and Isabel Maxwell. After all, for a half a century the Maxwell family have had a very big impact in the development not only of the computer software industry but also the internet and social media.

And it would seem that all this time they helped Israel to create a global electronic spying network.

2 thoughts on “Did Epstein and Maxwells bug the internet?”