Is Trump using Epstein pedoscandal as leverage against Israel and impeachment? 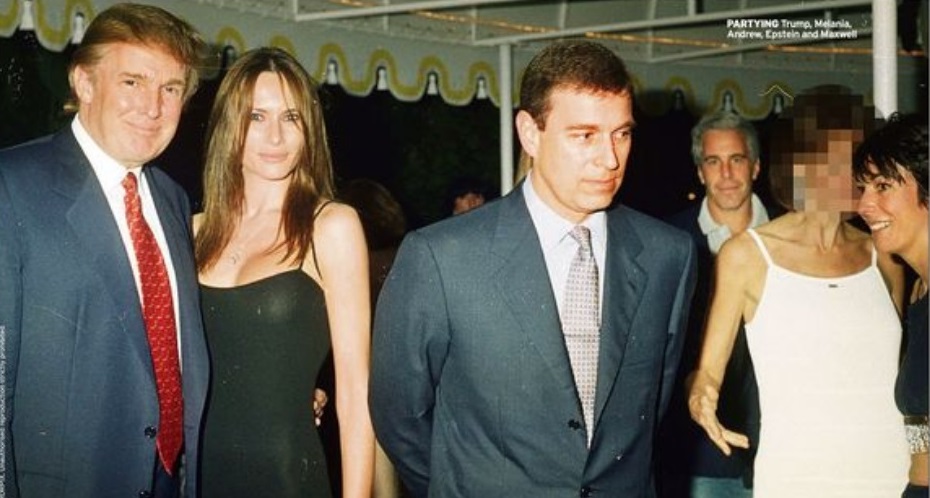 The Epstein Pedoscandal Mossad Timeline shows how it was the CIA man Donald Trump who helped Epstein and Ghislaine to create the pedo sex trafficking ring. After all, Epstein’s number 1 girl, Virginia Roberts was literally a Trump girl recruited from Mar-a-Lago by Ghislaine.

However, it was also Trump who seems to have exposed Epstein. Was this not only because Trump wanted leverage over Clintons but also because CIA wanted to have leverage over Mossad?

Perhaps CIA and Trump are at least not yet total slaves to Israel?

Of course there are no good guys in this international game of chess. All the major intelligence agencies – including CIA, MI6 and Mossad – run pedophile rings. Often they even cooperate just like Ghislaine (Mossad), Trump (CIA) and Prince Andrew (MI6) together helped to create Epstein’s pedo sex trafficking ring.

Naturally Ghislaine’s role in all of this has been very important. After all, who has the best connections to the elite of Britain, America, Russia and Israel? Ghislaine, of course.

The Epstein Pedoscandal Mossad Timeline showed how Ghislaine’s father, the Jewish super spy Robert Maxwell had excellent connections to the elite and especially to the Jewish oligarchs and Kosher Nostra not only in America but also in Britain, Russia and Israel.

It is the interconnected Jewish mafia and the Jewish billionaire oligarch network under the protection of Mossad that connects these countries like a spider’s web. And the super spy Ghislaine is the spider at the center of the web.

Ghislaine literally inherited the network from his father.

In that sense she also inherited Trump.

Melania Trump might also have been involved in this network especially because in the 80s she most probably was recruited by the feared Yugoslavia intelligence agency UBDA. It had good relations both to east and west. Melania would have been the perfect go-between just like Trump’s first wife, the possible Czech spy Ivana Trump.

The Daily Mirror published a photo of them all together.

No wonder Trump was so close to both Ghislaine and Epstein.

It is the international Jewish oligarch and mafia network coordinated by Robert and Ghislaine Maxwell that has been supporting and financing Trump for decades.

The Maxwell family together with Epstein and the Jewish mafia probably helped not only to save Trump from total bankruptcy but also to expand his business.

Both the Russia collusion conspiracy and the Ukraine conspiracy for which Trump has now been impeached involve the Russian-Ukrainian mafia which in reality is the Jewish mafia.

Since the mafia and oligarch network that for decades supported Trump is largely Jewish and supported by Israel the mainstream media cannot expose it and therefore cannot nail Trump.

But they still try.

The Daily Beast has just revealed in detail the close connections between Trump and the Russian mafia. However, the article fails to mention the fact that the Trump connected ”Boss of bosses” of Russian mafia, Semion Mogilevich is a Jew who has an Israeli passport.

And where did Mogilevich get his Israeli passport? From Ghislaine’s father, Robert Maxwell.

Mogilevich is also known for sex trafficking young girls so it would not be surprising if already in the 70s and 80s Epstein and Ghislaine got their first taste of Eastern European sex slaves.

It also would not be surprising if Epstein’s and Ghislaine’s Jewish-Russian friend and pimp, Peter Listerman had close connections with Mogilevich and the Jewish mafia.

Listerman has such a bad reputation that he is shunned even in Ukraine!

Tatiana Savchenko, who founded the first modeling school in Odessa, Ukraine explained to the Daily Beast the lengths she had to go to keep Listerman from getting his hands on young women and trafficking them for sex work.

She claimed that he would frequently approach her students and attempt to lure them with promises of a luxurious lifestyle, and that “It took a lot of work to keep him from tricking our teen models in his traps.” (Citizen Truth)

Since the mainstream media cannot mention the J-word in connection to the Russian mafia they have to go after Trump with half-bogus charges.

And since those behind the impeachment are mostly Jews connected with elite Jews it seems that Israelis are pressuring more concessions from Trump.

So it would not be surprising if Trump and the CIA would try to use the Epstein pedoscandal as a leverage against Israel.

After all, the intelligence agencies also compete against each other. They all want to have leverage over everybody. Including their competitors.

It’s a game. And the girls are just disposable pawns.

Daily Mail’s source notes how Ghislaine is the key to the game.

‘Ghislaine is the key to everything. She’s the Queen Bee around which everything unfolded. She’s pivotal to determining the truth.’

No wonder Ghislaine is hiding.

2 thoughts on “Is Trump using Epstein pedoscandal as leverage against Israel and impeachment?”