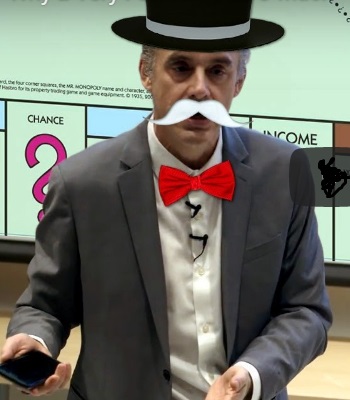 The Pareto distribution, named after the Italian civil engineer, economist, and sociologist Vilfredo Pareto[1], is a power-law probability distribution that is used in description of social, scientific, geophysical, actuarial, and many other types of observable phenomena.

Originally applied to describing the distribution of wealth in a society, fitting the trend that a large portion of wealth is held by a small fraction of the population[2], the Pareto distribution has colloquially become known and referred to as the Pareto principle, or ”80-20 rule”, and is sometimes called the ”Matthew principle”. This rule states that, for example, 80% of the wealth of a society is held by 20% of its population.

Pareto’s law applies to society. It applies to biology. Pareto discovered that 20% of his garden’s pea pods produced 80% of the peas. Here is a summary, found on a site selling a book on 20-80. These observations have been discovered over the years.

The Pareto Principle or the 80/20 rule proves its mettle in practically every area of management some of which are given below:

It applies all the way up. If you add up the wealth of the ten richest men on earth, the top three — Buffett, Gates, and Carlos Slim — own 70%.

In other words, this is a true sociological law. If sociologists were really serious, their discipline would begin with this law, for it really is a law. There is only one law of sociology that is more universal: Some do. Some don’t. Pareto’s is more useful. But the sociologists can no more explain it than the economists can.

3 thoughts on “Why a Very Few Have SOO Much – Prof. Jordan Peterson Explains Pareto Distribution”